Stuart Turner and Steven Cunliffe acted for Liquidators in recovering and realising a long-forgotten plot of land in Dresden, Germany. The site, which was originally occupied by a large house was purchased by an English company in 1929 but languished undiscovered following the Second World War bombings and throughout the communist occupation.

The land was formerly in the German Democratic Republic (East Germany), and companies outside Germany were excluded from administering their property under GDR laws. With the reunification of Germany, the West German laws applied, and the land was no longer considered by the German state as an ownerless property but simply a property where the owner was unknown.

The Liquidators were made aware of the possibility that the ownership of the plot had passed to the Company in Liquidation under a company re-organisation completed in 1937. By this time the Liquidation was concluded, and the successor Company was dissolved.

Stuart Turner obtained an Order restoring the successor company to the register and re-appointing the Liquidators who had previously acted as its Administrators. This enabled the commencement of court proceedings in Germany (conducted by Steven Cunliffe in German) for restitution and sale of the unclaimed land.

Initially, the German Courts rejected the Liquidators’ claim as a key component of the evidence proving title was the advertisement of a Declaration of Compliance with the Requirements of the Companies (Consolidation) Act 1908 in the London Gazette in 1937. The Declaration referred to a transfer of assets to the successor company, but the German Court declined to recognize the authority of the London Gazette despite its official status as an English legal journal. A further problem was that the page dealing specifically with the transfer to the successor company was missing from the remaining copy at Companies House.  The German Courts went on to order that the identity of the legal successor to the land should be decided under English company law but according to the standard of proof applied by German law.  In other words, the form of evidence was governed by German law, but not the content.

A German Court Curator (Abwesenheitspfleger) was appointed to safeguard the land with powers determined and controlled by the German Court.  In this case, the court ordered that the Court Curator should administer the land, collect the rent, sell the land and hold the sale proceeds whilst ownership was determined.

Available records were limited as the Court generally destroys its own files and Court Orders after 7 years.  However, following extensive research and investigation, Steven Cunliffe prepared and submitted witness evidence to the German Courts proving the transfer of ownership under the 1937 Scheme of Arrangement including a copy of the missing page obtained from the file at Companies House relating to an associated company which was also involved in the re-organisation. The German Courts were finally persuaded to accept the successor company’s claim to the land and the Abwesenheitspfleger was ordered to account to the Liquidators for the sale proceeds. 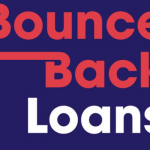